The Art of Adaptive Communication

This is a fairly new concept, but we’re already seeing movies succeed because the crew employs PCM techniques in their writing and production. When someone involved in the film understands the benefits of the Process Communication Model in movies, implementing those useful techniques helps connect viewers to the characters and to the story.

Let’s take a look at an example of using the Process Communication Model in movies. The easiest example to point to is Pixar animated films.

Pixar is famous for their use of what they call the Braintrust. They collaborate and communicate in an open and non-judgmental fashion while working on films. This Braintrust has employed PCM techniques with a few specific films, including Brave and Inside Out.

“Katherine Sarafian, another Pixar producer, credits the clinical psychologist Taibi Kahler with giving her a helpful way of visualizing her role. One of Kahler’s big teachings is about meeting people where they are, Katherine says, referring to what Kahler calls the Process Communication Model, which compares being a manager to taking the elevator from floor to floor in a big building. It makes sense to look at every personality as a condominium, Katherine says. People live on different floors and enjoy different views. Those on the upper floors may sit out on their balconies; those on the ground floor may lounge on their patios. Regardless, to communicate effectively with them all, you must meet them where they live. The most talented members of Pixar’s workforce—whether they’re directors, producers, production staff, artists, whatever—are able to take the elevator to whatever floor and meet each person based on what they need in the moment and how they like to communicate.” 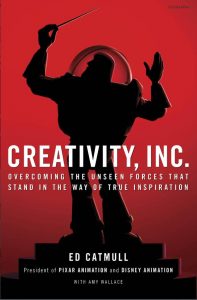 Katherine Sarafian, also a producer for the Pixar-animated feature film Brave, says, “My PCM experience was hugely useful in helping me manage the filmmaking journey over six years. It’s been such a valuable tool!”

In employing PCM techniques, Brave reaches a wider audience and is able to connect the characters with a variety of viewers.

Using the Process Communication Model in the Movie “Inside Out”

Another recent Pixar movie was influenced by techniques used in the Process Communication Model: Inside Out. This film highlights the way we interact and communicate by showing our emotions playing out as individual characters in our minds.

If you haven’t seen it yet, go ahead and watch it…we’ll wait right here…

Okay, you watched it? Excellent! Let’s delve right into it!

Inside Out offers a glimpse into the human mind from a creative and entertainment-centered perspective. So much of this film links to the Process Communication Model, from the personality condominium all the way to the access – or lack thereof – to the different personality types.

The film shows just how much perception can influence our lives in every interaction and in every single decision we make. We love that the film shows how we have a choice in how we act, think, react, and feel in any situation.

We’ve talked previously about the importance of self-awareness in being an effective communicator. Before we become more self-aware, those decisions – how we respond to any given situation – are largely subconscious, which is depicted in the film by the main character.

As we become more self-aware, our decision-making abilities and our control over our emotions drastically increase. This is especially true when self-awareness means learning about your personality type and how you interact with others.

There is so much deeper-level involvement with using the Process Communication Model in this movie, but that will be saved for another time!

For now, just take a look at this scene between the parents and their daughter, with each person reacting according to their dominant emotion:

How Does PCM Help Us Communicate?

The Process Communication Model is based on behavior – not on personality test results. We can analyze another person’s communication styles and preferences on a second-by-second basis when we employ these PCM techniques.

That’s why, when using the Process Communication Model in movies, more people feel like they’re being spoken to and connecting with the characters.

Both adults and children enjoy Pixar films because they have characters to cater to every personality type. We can all see ourselves being represented in these films, which helps us to relate and to actually care about what happens in the story.

An unknown PCM trainer was asked to help out with the marketing of films and found that the top-grossing films had promoter type characters as the main actors. Its because they are charming, persuasive, and action-oriented.

Everyone wants to be like these characters because very few us actually are like them. These types of characters – those who PCM would classify with a Promoter Base – are statistically quite rare in the world.

That’s why we love them as characters so much. They’re different and intriguing and maybe even inspirational in a fictional context.

If we start to see even more use of the Process Communication Model in movies, it could revolutionize the film industry! It’s something we look forward to here at Thinker Base. 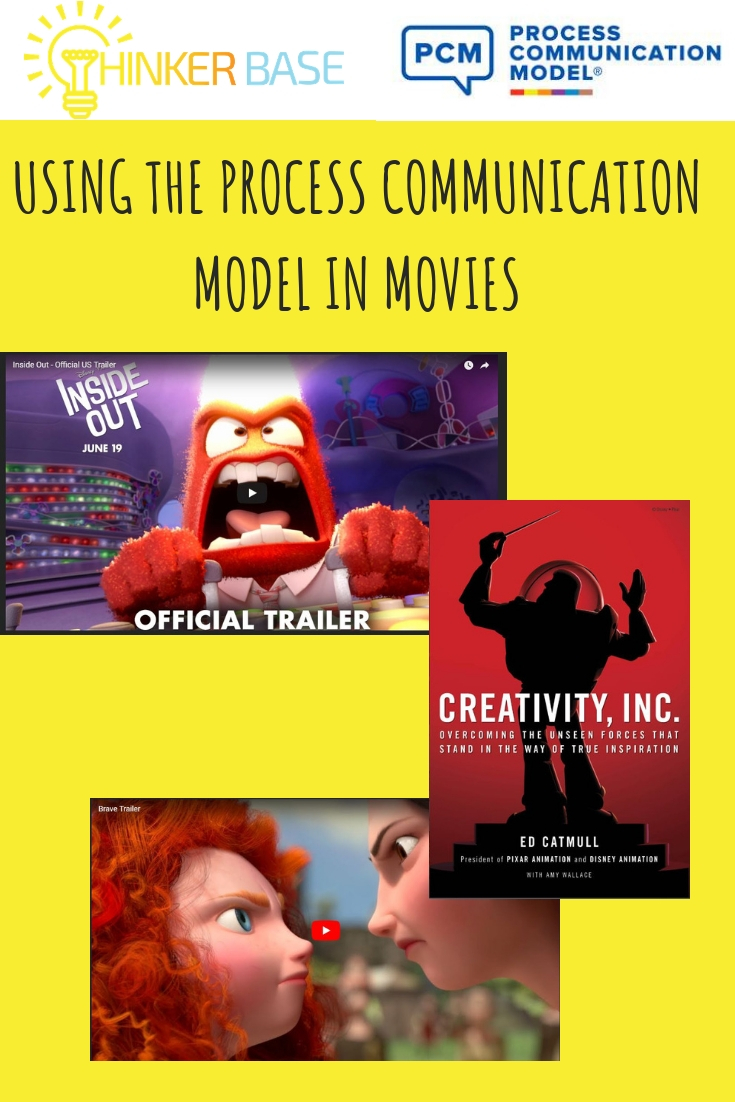 If you liked this blog post, you’ll LOVE our Free E-book

How You Communicate Affects Your Health

Here’s what you will discover inside:

Yes! I want to learn how my communication affects my health.